How Sweet It Is

It’s not for everyone and it doesn’t last forever but
there’s a time and a joy in eating candy that’s so sweet it feels to melt away
your teeth. For coconut fans, the British Bounty bar is far more
cavity-enhancing than its Yankee cousin the Mounds.

Once upon a time, New York City hosted two subway vendors
that sold a shredded-coconut treat sweeter than a Bounty bar.

The pastel-colored patty was 3 inches square, non-chocolate
and slipped into a sticky cellophane envelope. This free-standing bonbon
filling was a creamy grout joining long rough coconut strands in a
melt-over-your-tongue and eat-at-your-teeth delight.

Grand Central sold ‘em down at the bottom of the subway
entrance just to the left of the turnstile.

During an August heat wave I’d fold myself into the already
packed can of F train and press sweat with the world’s population and out we’d
ride to the people’s beach: Coney Island. The train’d roll into Stillwell
Avenue where we’d solidly exit as one and pour through the open doors, thinning out
toward the thickening summer heat. 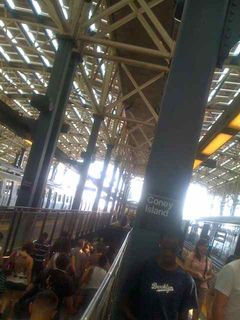 Stillwell Station’d greet with the smell of urine, grease,
salt, and sweet. The salty sweet wafted up from the vendor at the bottom of the
wide long ramp that pitched towards Stillwell Avenue, to the thick splintered
boardwalk, a pocked and pitted littered stretch of sand, and the vast flat
Atlantic beyond.

The station’s food counter displayed bagged cotton candy,
hallucinogenic lollipop spirals and a pirate’s booty of pastel coconut gems
alongside sun-colored corn popping in a smudged glass vitrine. The first bite
of creamed coconut filled my mouth with a carnival delight and fortified till
lunch hour when I’d step off the counter at Nathan’s carrying my over-the-brim
cup of famous fries. Nathans still offers the customers of people’s beach
a self-operated ketchup pump; a faucet of satisfaction to drench the world’s
best fries till the heart and tongue’s content. 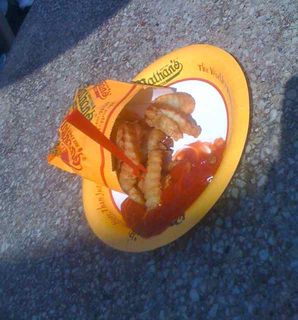 Fries are now served by the bag, and still with a tiny devilish fork.

August in Coney Island, the beachcomber rolls up from hot
tenement hell into the purgatory of nuclear sun where Coney seizes the senses till the eyes leap out on
springs and the tongue hits the boardwalk with a thud. 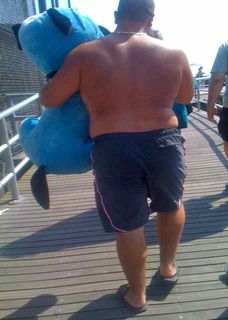 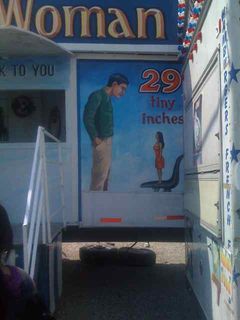 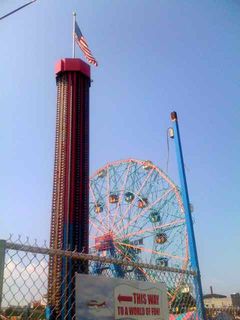 This way to a world of fun. 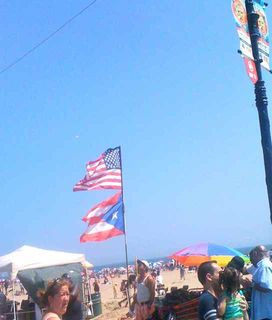 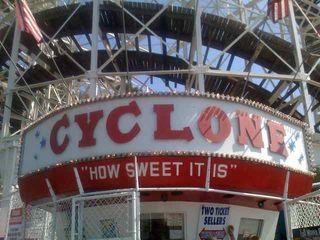 How Sweet It Is. 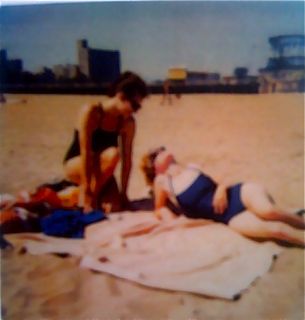