A Long Ramp Up to A Quick Question

A lovely weekend in the Hamptons.

I imagine the city self, slave to the breezy weekender. 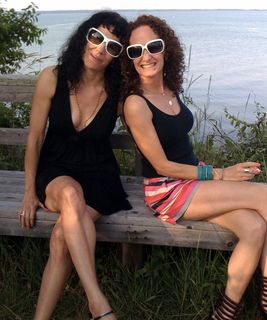 Kiki and her hostess  Stacey Platt on a bluff over a bay, Saturday.

My first trip to the Hamptons was decades back as guest of my Avenue B neighbor, T. He worked summer chef for a wealthy couple at their swank South Hampton manse. 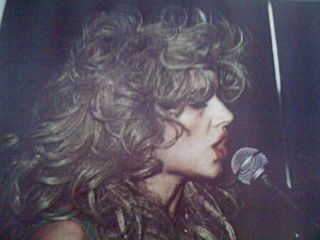 Why do I mention the wig, the shawl, and the buttery crusts?
Just to say, neighbor T was gay.
I am not stereotyping.
I met his lovers on the landing.
Our porcelain bathtub lips curled to opposite sides of the same kitchen wall.
Our doors bolted on the same jam.

Imagine my late-night South Hampton surprise when T fell to bended knee and begged a cuppa sugar from my bowl.

T was handsome, fit, clever and capable, everything a girl (and a guy) could want. But I had “never thought of him in that way.”

Gentle “no”s and emphatic “no”s.
Both unhappily received.
Though I managed to beat a hasty retreat, how to sleep whilst T whimpered at my latched door scratching and yowling like a Tom Cat?

Sleep I did and woke to bright salty air to find T asleep under open sky, dew dappled in a teak pool recliner surrounded by a protective ring of long-spent green citronella candles.

Oh T, handsome, genteel, and, even in his grief, beautifully art-directed

His mood was crap the remainder of my visit. Mounting more obstacles to my ever “thinking about him in that way”.

So that’s the ramp up.
New Yorkers behave differently in the Hamptons.

Here’s the query.
Are they more themselves?
Or less?
Kinder?
Gentler?
More “oh yes, we can”? 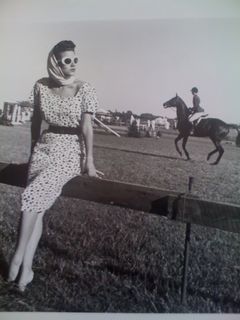