Never seen a sign in a window advertising
Wanted
Surly Waitress
But years ago, that was my number one career goal.
Well, number two, if I count starring in a Sundance Award-Winning Film as number one.
Or maybe number three if I could have earned while lounging peignoir-clad in bed all day reading Colette. 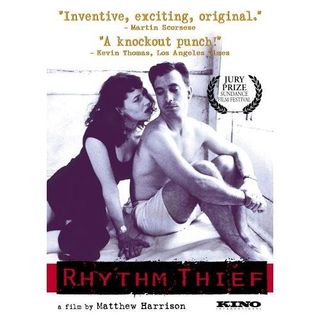 My waitress days began in my 15th year.
The first thing I ever served was a bowl of soup. One of those low flat bowls, the kind they invented to test waitresses on their first day of work. The kind that spill if you look at them just like cups of coffee on saucers do.

No one tells you not to look at it, to spot the wall at the far end of the dining room like you’re turning pirouettes. No, some lug with furry knuckles and a big wristwatch just hands you a black polyester zip-front number, a hair band, a pad, and a tray.

Heads up; bring your own pen.
Then keep an eye on the  customer.
That pen may end up in his pocket.
I’m not saying customers steal pens. They’re just in the habit of taking them home.

My first jobs were in a Country Club and a Wedding Hall.
Jobs in those places, you had to be a good girl.
Service oriented.
You had to smile. Be friendly. It was the job.

The biggest tip I ever got was working an Italian wedding.
A man with a gorilla paw reached up and clamped it onto my cheek.
“Faccia bella’ he growled as his grip tightened.
Upon my release, his other mitt dropped a $20 on my tray.

In college I worked at then famous, now defunct music club The Bottom Line.
The job required training similar to the Marine Corps.
A girl had to be all a girl could be.
This meant hoisting a tray of twelve Bud bottles while feinting and ducking through a crowd of drunken cheapskates.
It meant crawling on your belly and burning your elbows on indoor/outdoor carpeting.

The biggest tip I scored at the Bottom Line was one I dove under a table for.
A hundred dollar bill rolled tightly as a Pixy Stick, its edge coated in white dust.

The smallest tip I earned was from the bosses.
At the end of each night one special girl was selected to carry a couple Perriers upstairs where the fat cats sat counting stacks of greenback.
When I served the bottled water, one of ‘em would reach into an open drawer heavy with quarters and drop one on my tray.

The only tip smaller than that was one I never got from bandleader Paul Shaffer. So much for being the girl he called his favorite waitress during the three-month stint he played Phil Spector.

After that I earned as a bartender.
Now that’s easy living.
Bartender is Bosslady.
She turns her nose up at the nightly staff-casserole and orders her meal off the menu.

A bartender is drug dealer, matchmaker and madame all rolled into one.
She struts behind the bar like Cindy Crawford on a catwalk.
She has a chit for buy-backs.
In other words its Bosslady’s job to give away free booze to hook regulars and scoop up fat tips.

And then there were the salad days. Years I didn’t have to work the bar cause I earned my rent and soymilk money performing in theaters, nightclubs, and the catch–all performance spaces.

Nothing lasts forever.
Eventually, the bank account dipped and it was time to scuff my ruby-red manicure in the service profession.
I wanted a job where I could walk to work, wear what I wanted and treat the customer like crap.

Luckily I lived in the East Village.

I got a job on Saint Marks Place at Cafe Mogador.
An opera singer friend of mine worked there. She and I shared the same professional demeanor.
We powdered our dollfaces with pale slips of Chinese rice paper, painted our lips the color of sweet vermouth and swung our hips beneath silky 1940’s frocks.
For lunch we dipped tangy pickled carrots and beets in creamy mounds of hummus.

We only smiled at each other.
Which was the only person we spoke to, other than the kitchen staff.
Surly is synonymous with sneering. Rather than speaking.

Additionally, the surly server never writes down an order in front of the customer.  She half listens to the customer while her pale thin arms hang listlessly at her side and her sharpened Number 2 holds her hair high in a glamor-girl chignon.
She toys with the customer’s growing hunger by sowing the fear of famine. The customer is forced to a Kafkaesque conundrum; he or she may never drink cappuccino between mouthfuls of poached egg and lamb merguez.
When the order materializes, the customer is exultant.
And rewards the surly waitress with a tip.

Many years later I actually wanted to get back behind a bar, earn scads of cash, save up and move out West.
Instead of polyester I wore black Lycra and lace.

Three pairs of skin-tight leggings and three peek-a-boo shirts, my complete professional wardrobe, could have been stacked, rolled and stuffed into Mick Jagger’s trousers. 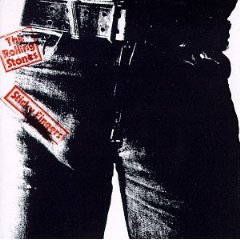 Mom always said you catch more flies with honey than shit.
My mom was a stewardess.
With a foul mouth.
She knows what she’s talking about.

It’s been 20 years since Surly Waitress was my dream job.
To this day I’ve never seen a sign in a window advertising
Wanted
Surly Waitress
But darn, if they haven’t hired surly waitresses just about everywhere.
I’m inclined towards civic duty. Tempted to take up public service, to distribute to each and everyone one of these silent grim-faced gals a Fredericks of Hollywood catalogue.
To nudge them towards the joys of working for fun and profit.

But a girl can’t help it.
I’d rather be a surly customer.

The first thing I learned at fifteen;
The customer is always right.

In other words,
The customer is Bosslady. 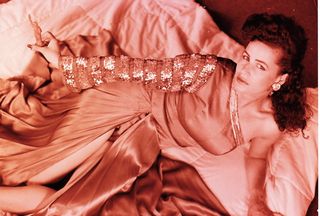