He Gonna Bend But He Ain’t Gonna Fall

Seemed when a man shot junk into his arm, thousands of tiny gyroscopes chugged through his veins like Pac Men.

Gangly H users, their eyes dialled so far past white to be as good as shut, stepped into moving traffic.
Not from the green but from well in between.

They surfed a swath of tarmac across Houston, Broadway, or Avenue B. Torsos torqued, and fingers licked the road as a squall of speeding cars pitched them  into death’s screeching jaws.
I’d seen hundreds of heroin-happy Daze and Nightz of the Living Dead marching straight to Hades but I never saw one stumble or fall.
Never witnessed a traffic-trapped pie-eyed pedestrian bludgeoned by the grill.

High as kites, but well below ground, their feet riveted to subway flooring as their bony frames performed the awkward dance of a wooden child’s toy, collapsing and re-straightening on its tiny platform from the press of a button beneath it.

The train heaved and halted to a poor man’s orchestra of metal greased against summer soot.  The soloist bobbed unceasingly.

He gonna bend but he ain’t gonna fall,
a fellow passenger announced.

We didn’t have to wait and watch to find out.
We knew he’d triumph.
We knew about the tiny gyroscopes.

As the cabbie said, on a late-night ride low and east, “all them shooting galleries closed down”.

I am not saying I miss the addicts, any of them, smack, crack or PCP.
Nuh.
I don’t miss the hooked-on-shit users who broke car windows to swipe grimy Phil Collins cassette tapes.
Who cut cable to abscond with other peoples’ bicycles.
Don’t long for the return of the economic underclass that thrived trading pinched swag for crack vials.
Do not pine an era when personal property was tenuous and insubstantial as purple haze.
Will not champion a decade when one man’s stuff was ready-ripe for swiping, hawking, and reselling in the teeming contraband market on Saint Marks Place.

I mention it now because yesterday I glimpsed a zombie at 42nd and Sixth. First sighting in decades.

He straddled a bicycle. One hand held a slippery cigarette that moved beyond the reach of his pursuant lips and guided his torso to the horizontal.

For a more sober man, lips and cigarette meet.
Like two lovers in a kiss.

This fellow’s cigarette was followed by a palpable passage of ether, and following this glimpse of nothingness were the pursed lips, and these lips led a sleepy-eyed head, that craned a neck, and tugged a lean torso akimbo over a pair of legs cross-purposed with a bicycle.

Could he inhale that first satisfying drag before his hand stubbed the burning tip to ash against the pavement?  Before the button under Bryant Park released and he snapped back to straight?

That was yesterday.
Today on the 2/3 downtown I spy the following:

Is Heroin a Problem for You? Tired of Getting Sick and Wasting Your Money?

Ah, the users ARE here. They sit among us reading advertisements that offer free and confidential services to the exhausted, nauseated spendthrift.

Perhaps it is the new technology, an internal gyroscope GPS guiding upright profligates to bright crosswalks and through smart neighborhoods where community gardens grow from the compost of torched abandoned buildings.

Or maybe it just looks that way and really everything new is old again. 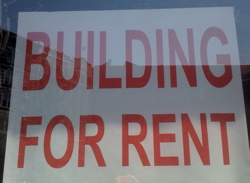